How to do (simple) realistic legs

Okay, so this is not going to be your ordinary step-by-step fly tying tutorial, instead it’s a certain technique I use sometimes.

No matter if you like to focus on semi-realistic fishing flies or full blown super realistic display flies I think there is one tying section that is a real pain in the ass because it takes the most time; doing the legs. Then again these are often the details you want to focus on because it is what sets the fly apart from an ordinary fly.

I started doing a variant of thread legs about 4-5 years ago, first for my super realistics and then adopted a simplified variant for my fishing flies.

It all starts with two pieces of thread, thickness depends on the fly you want to create. For the sake of visibility I’ve used quite thick sewing thread here, the same type I would use if I were to tie for example a golden stonefly. 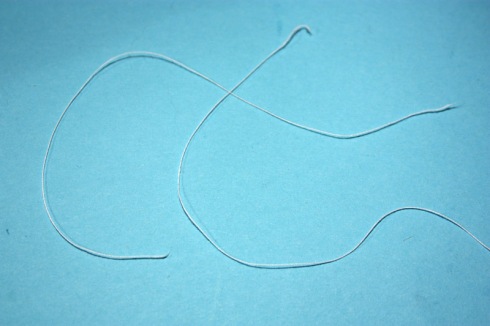 Start with just doing an open over hand knot on one of the pieces, but don’t tighten the knot. 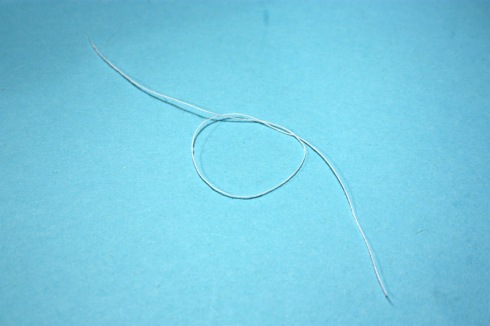 No slip the other thread trough the open knot. 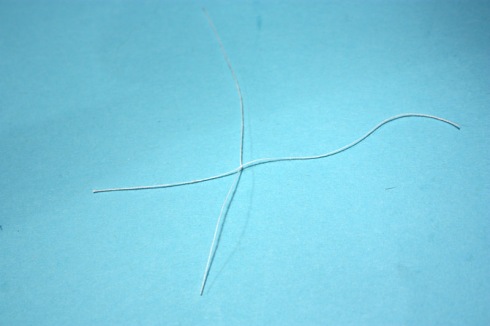 Hold on o the top thread end and stroke the other ends downwards to make them clump together. You see where this is going don’t you?

Now, add varnish or super glue to the thread and repeatedly stroke the three ends together to make them stick together permanently. Super glue is actually (in my experience) the best for this because it gets the stiffest but still makes it possible to bend it to the shape you want. Voila! Two clear segments of a “leg”; femur and tibia!

Cut it to shape, colour it and make a compressed “foot” at the end of the single strand and there it is, the simplest of realistic legs.

Once you start experiment with it you will find many more uses, the right leg is the one we just did. The middle is a section of brown 6/0 thread together with black 8/0. But the far left is the most interesting because it involves three pieces of thread creating an even more realistic look to the leg, but still it takes just a few seconds to do it! 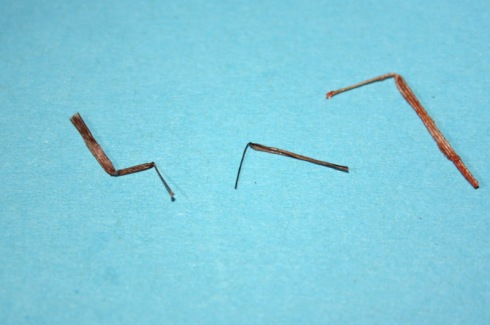 Finally here’s some examples of flies that uses this technique for the legs, including the ant from yesterday.

Fly fishing, fly tying, family and going your own way; the way of the fly. END_OF_DOCUMENT_TOKEN_TO_BE_REPLACED
This entry was posted on Monday, October 24th, 2011 at 22:12 and posted in fly tying, Step by step tying. You can follow any responses to this entry through the RSS 2.0 feed.
« Ants (but not in my pants)
It’s gonna be a while »

12 responses to “How to do (simple) realistic legs”